3/18/19 @9:15am pst - Director Cambria Matlow joined Janeane to talk about her film Woodsrider - A Season of Adventure and Discovery 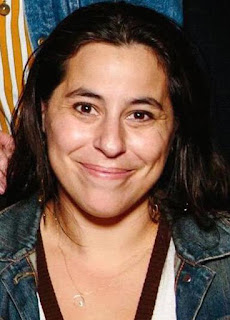 "A beautifully and unobtrusively observed homage to the power and
melancholy
of solitude."

Tenacious, 19 year-old Sadie Ford operates within the poetic persona of a searching pioneer. Her footsteps track over the town of Government Camp's mountain landscape, her dog Scooter her only constant companion. Deep among the Douglas firs Sadie snowshoes to build her nestled tent site, a place she feels more at ease than anywhere with four walls. Riding sessions and house parties in town provide breaths of social interaction and connection, but otherwise she chooses to spend time in solitude. Sadie's simple quest for joy is tempered by melancholy when increasingly warm temperatures on the mountain cause rain to replace snow, and the winter season grows shorter.
Striking a youthful yet elegiac tone, WOODSRIDER is a meditative film about identity, home, and the way that human experience echoes that of the natural world.

WOODSRIDER was written, directed and edited by Cambria Matlow and produced by Matlow, Janique Robillard, and Richard Beer. Uncork'd Entertainment will release the film digitally on March 12 (iTunes, Amazon, Vudu, Google Play, Fandango Now, Xbox and local Cable Providers). The film has a running time of 83 minutes and will not be rated by the MPAA.

Cambria Matlow is an Oregon-based film director, producer, and editor whose work seeks meaning in charged moments of stillness and values the emotional experiences created from atmosphere and mood. In her films, intimate interactions and environmental realities reveal hard-to-name personal and political truths.

Her latest film, WOODSRIDER (2017), an immersive portrait of a female snowboarder on Mt Hood, recently premiered at the Santa Cruz Film Festival, where it was awarded Best Experimental Feature. BURNING IN THE SUN (2010), about a young man who starts a local solar energy business in Mali, West Africa, was her directorial debut. The film was selected for IFP’s Documentary Lab and Independent Film Week, broadcast on Al Jazeera and PBS, and seen in festivals worldwide, including Rooftop Films, FICMA Barcelona, New York African Film Festival and Addis Int’l Film Festival, eventually winning the Cinema for Peace International Green Film Award in Berlin.

Her work has been awarded grants and residencies from LEF Foundation, Brooklyn Arts Council, Experimental Television Center, the Puffin Foundation, NW Documentary, and Playa/Oregon Film. Cambria holds a Certificate in Film Production from Burlington College in Vermont and a B.A. in Hispanic Studies from Columbia University. Her current projects include MATRESCENCE, a short essay film made in conjunction with NW Documentary’s anthology project ‘Canopy Stories’; a new personal documentary about her sister’s conflicted relationship with a long-lost Ecuadorian father; and a narrative feature-length script for an environmental fable about Mexican women set in the high desert of 1855 in South Central Oregon. She is an instructor with NW Documentary and Open Signal, and a leader for the Portland, OR chapter of Film Fatales.