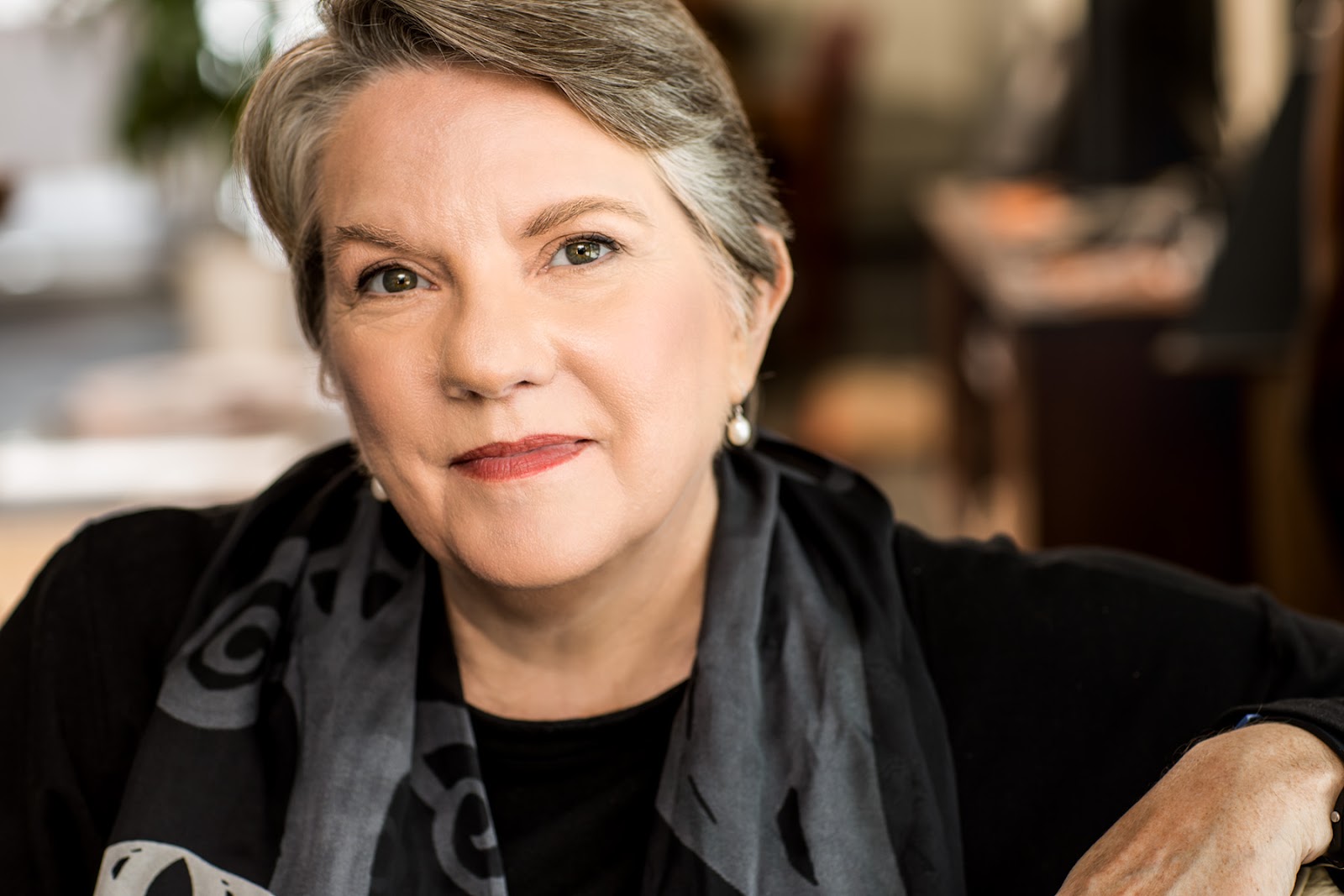 Award-winning author Carol Goodman is back with a psychological thriller that will take your breath away! The Night Visitors (William Morrow, March 26) is full of secrets and intrigue, and Goodman explores abusive relationships with a deft hand.

RED HOOD, NY –The latest thriller from the internationally bestselling author of The Lake of Dead Languages and The Other Mother is a story of mistaken identities, missed chances, forgiveness, and vengeance.

Alice is fleeing an abusive relationship and desperate to protect ten-year-old Oren when she finds herself stepping off a bus in the middle of a snowstorm in Delphi, NY. Though Alice is wary, Oren bonds nearly instantly with Mattie, a social worker in her fifties who lives in an enormous run-down house in the middle of the woods.

According to protocol Mattie should take Alice and Oren to a local shelter, but she brings them home for the night instead. She has plenty of room, she says. What she doesn’t say is that Oren reminds her of her little brother, who died thirty years ago at the age of ten.

Alice is keeping her own secrets. And as the snowstorm worsens around them, each woman’s past will prove itself unburied, stirring up threats both within and without.

CAROL GOODMAN graduated from Vassar College, where she majored in Latin. After teaching Latin for several years, she studied for an MFA in Fiction. She is the author of twenty novels, including The Lake of Dead Languages and The Seduction of Water, which won the 2003 Hammett Prize. Her 2017 thriller The Widow’s House won the Mary Higgins Clark Award. Her books have been translated into sixteen languages. She lives in the Hudson Valley with her family and teaches writing and literature at The New School and SUNY New Paltz. 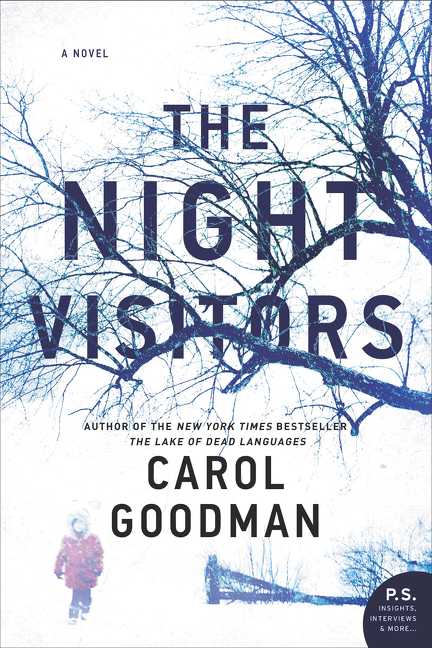 In an interview, CAROL GOODMAN can discuss

How to continue to find inspiration after writing so many books, each with their own unique story to tell and characters to tell it

An Interview with CAROL GOODMAN

After nearly 20 books, what made you decide to write a book with a focus on domestic violence?

According to the CDC, nearly 1 in 4 adult women and approximately 1 in 7 men report having experienced physical violence from an intimate partner during their lifetime. That would be reason enough. It is a subject that I have always been concerned about, but when a student told me about her own experiences I was reminded of how important it was. My first reaction was to volunteer at a crisis center; my second was to address the issue in my next book.

Your experience volunteering for the domestic abuse hotline plays out in Mattie’s job as a social worker. Can you talk about your research for The Night Visitors?

I did the training at Family of Woodstock primarily because I wanted to know how to help victims of domestic violence, but I knew I’d also want to use the material in a novel. The training gave me a visceral sense of how a crisis center deals with a call from a victim of domestic violence: I learned the protocol, the statistics, and the resources we could offer a caller. What moved me the most was the dedication and generosity of the social workers and volunteers who take these calls day in and day out, offering a lifeline to people in need. I wanted to create characters who embodied those qualities while also exploring the emotional costs of confronting these issues.

What inspires you to incorporate social issues into the your writing?

I think I’ve always wanted to show strong women coping with the challenges of modern life, but I was also a little wary of being too didactic or preachy in my writing. About five years ago, though, I started teaching a class called “Contemporary Issues in Literature” in which we read “social issue” books and talked about how authors handled that challenge. The example of these writers--Margaret Atwood, Octavia Butler, Louise Erdrich, to name a few--and the response my students had to their work inspired me to be more daring in my own work.

Why did you decide to donate proceeds from the book to Family of Woodstock?

That seemed only fair since I could not have written the book without them.

Did your writing process for The Night Visitors differ from your first books?

It’s the first book I’ve written that uses shifting point of view between two female narrators. I loved the juxtaposition of Alice’s and Mattie’s voices.

What are you working on now?

I have just finished a book called The Ice Virgin about a teacher at a boarding school in Coastal Maine whose teenaged son is implicated in the death of a young woman. It contains all my maternal anxieties AND my love of Maine!
Posted by Get the Funk Out! at 11:54 AM