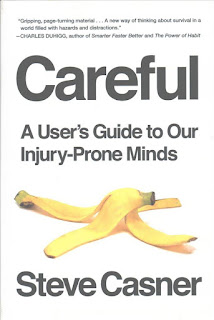 Steve Casner is a research psychologist who studies the accident-prone mind. A NASA scientist by day, Casner also flies jets and helicopters, rides motorcycles and skateboards, and has surprisingly few scratches on him. He lives in San Francisco with his wife and daughter.
Posted by Get the Funk Out! at 7:42 PM