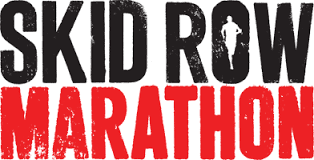 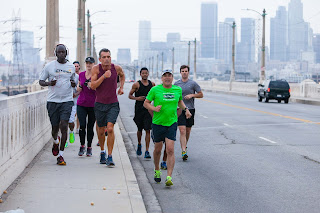 
SKID ROW MARATHON tells the story of how Los Angeles Superior Court Judge Craig Mitchell organizes a running club in LA’s Skid Row comprised of homeless, recovering and paroled individuals who seek to rediscover their sense of self worth and discovery. The film follows a budding artist, a single mom and a former rock musician, all of whom are fighting their way out of homelessness, addiction or the prison system. Through the streets of LA and around the world, Judge Mitchell and the Skid Row Running Club truly approach each race and each day one step at a time, as they run their way toward a brighter future.

When a criminal court judge starts a running club on LA’s notorious skid row and begins training a motley group of addicts and criminals to run marathons, lives begin to change.

SKID ROW MARATHON follows four runners as they rise from the mean streets of LA to run marathons around the world, fighting the pull of homelessness and addiction at every turn.

Their story is one of hope, friendship, and dignity.
The world premiere of the film is on June 17 at Noon at the Arclight Santa Monica. More info on the screenings is listed below.

Director Mark Hayes, producer Gabriele Hayes, Judge Craig Mitchell and subjects of the film are available for interviews now and during the festival.