Writer/Producer Sarah Simi speaks with Janeane Bernstein about the film “The Adventures of Woollyfoot & Friends” an Official Selection in the 4th annual Dances with Kidz Festival, sponsored by the prestigious Dances With Films! 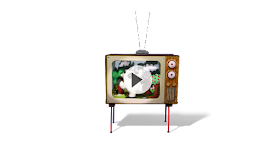 Los Angeles, May 22 - The British multi-award winning animation company Woolly Vision will present their new stop-motion animated short film “The Adventures of Woollyfoot & Friends”, an Official Selection in the 4th annual Dances with Kidz Festival, sponsored by the prestigious Dances With Films, on Saturday, June 10th at 3PM.

Written and produced by Sarah Simi and Ed Hartwell and directed by Ed Hartwell the film tells the story of Woollyfoot, a loveable monster living in the wilderness who explores his environment and makes friends through music, dance and the discarded objects he finds in the forest.

As follow up to their hugely successful comedy (stop motion animation) adult comedy series “nudinits”, the duo decided to take their unique product into the realm of children’s programming. Both projects are the brainchild of writer and designer Sarah Simi, who explains: "I came up with the idea of an entirely knitted world and thought it would make a great animation. So I collaborated with animator Ed Hartwell and together we have made these films.”

Now in its 4th year, Dances With Kidz, part of Dances With Films, highlights films both made for kids and made by kids, presenting the most creatively inspired kid and family focused films on the indie circuit.

“The Adventures of Woollyfoot & Friends” will screen on Saturday, June 10 at 3PM, at the Chinese 6 Theater, 6801 Hollywood Blvd., Hollywood, CA 90028. Tickets can be purchased online at www.danceswithfilms.com/kidz.